We thought it would be a good idea to host FOUR off-site events during the already jam-packed AWP week – and it will be. Our events are listed on the AWP off-site events calendar and our FB page.

And, for those of you avoiding FB (we don’t blame you one bit!), here’s a quick-hit list of what’s what:

UHell merch will be available at all events. We’re also installing ourselves at a crazy-fun booth w/Write Bloody at the AWP Bookfair, open to the public for only $5 on Saturday, March 30.

And to kick off such freshness, we’re hosting a billiony events during the annual AWP Conference and Bookfair the last week of March. (Thank god it’s on home turf this year. Jeebuz.)

As usual, we’re sharing space at the Bookfair with our pals at Write Bloody. It’s not gonna be your usual booth experience. Even if you aren’t registered ($$$$$) for the entire festival, the public has access to over 700 publishers on Saturday, March 30th. So, do that.

We’re also hosting fab, fun, and free off-site events throughout the week that everyone is welcome to attend. On Wednesday, March 27th, join us in our festival kick-off poetry and dance party! You’ve got to register for this FREE event via Evite, so please do so ASAP or you’ll miss all the fun.

On Thursday, March 28th, please join us at the IPRC (hub of DIY printmaking and small press efforts, among others) for a UHell Press authors and friends showcase of stories featuring true grit.

Finally, on Saturday, March 30th, we’ll be rockin and rollin at The Waypost as small press luminaries from Write Bloody, Clash Books, and UHell compete with the most powerful weapons we got. Oh, yeah: the evening will (d)evolve into karaoke magic, so there’s that, too.

We’re super stoked to get to LA next week for AWP where we’ll be at booth #635 with our pals from Write Bloody Publishing. Aside from our newest releases (three amazing debuts this month!), we’ll have all titles from our current catalog, super hot tees, and a few author readings / signings events right there in the booth.

Our managing editor Eve is hosting a terrific panel – Women on the Verge – Authentic Voices from Outsider Lit – on Friday, April 1 with four of your new fave writers. We’ll also be co-hosting two rad author showcases that you won’t want to miss – the first on Wednesday, March 30 with our team and special guests from Moved By Words and Bergerette, and the second on Thursday, March 31 with three UHell writers and the exceptional crew from Punk Hostage Press.

See you in LA! 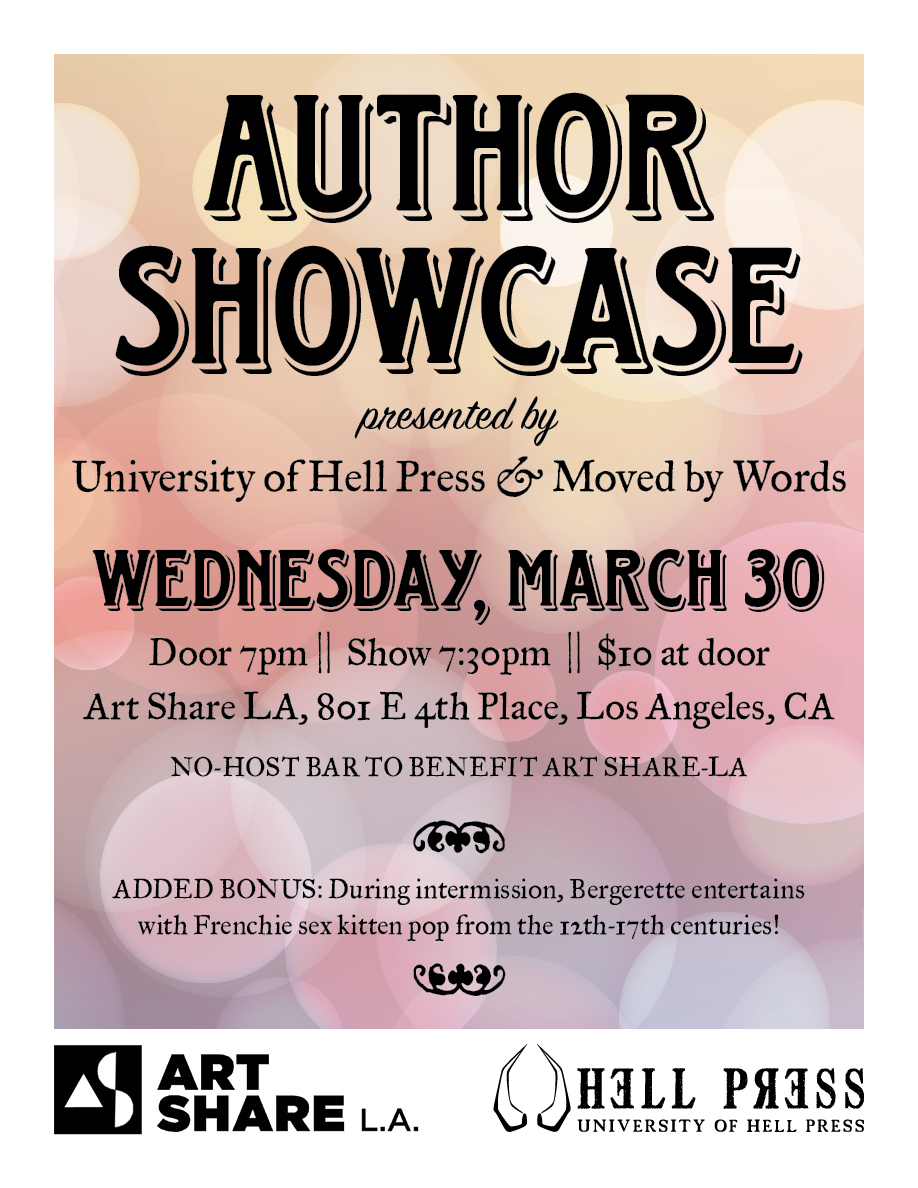 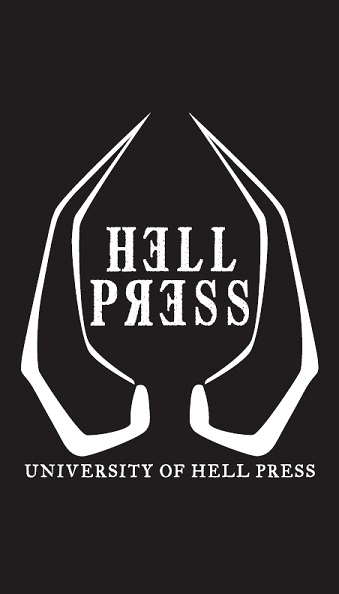 This Saturday, October 5th, and Sunday, October 6th, University of Hell Press will be exhibiting at the Wordstock Festival 2013 (Oregon Convention Center, 777 Northeast Martin Luther King Junior Boulevard, Portland, OR 97232). Hours are 10:00am – 6:00pm each day.

Our entire catalog of books will be on sale for $10 each. Credit cards accepted. Plus, we will give a free book, while supplies last, to everyone who gives us their email address.

There will be author and artist appearances in our booth each day. On Saturday, meet John Barrios at noon discussing his upcoming book with us; McHank will be there at 1:00pm to sign and discuss the artwork he has done for us; then, Johnny No Bueno at 2:00pm, Leah Noble Davidson at 3:00pm, and Eirean Bradley at 4:00pm will each be available for book signing, reading, and greeting. On Sunday, we will have more author and artist appearances TBA.

On Saturday night, please join us at the White Owl Social Club for a HUGE blowout After Hours Party. We have teamed up with Write Bloody Publishing and the Portland Poetry Slam to put on one spectacular literary event. Also on hand will be the IPRC, Antler Gallery, and PDX Magazine. Doors are at 8:00pm, but we will be there early to eat and drink, please join us! The event is FREE, the venue is 21+. For more information, CLICK HERE.

And last, but certainly not least, this weekend also marks the first time you can get your hot little hands on Eirean Bradley’s latest book, The Little Big Book of Go Kill Yourself. This book is little, but it BURNS BIG!!! 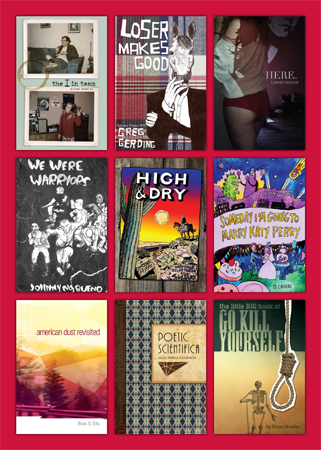